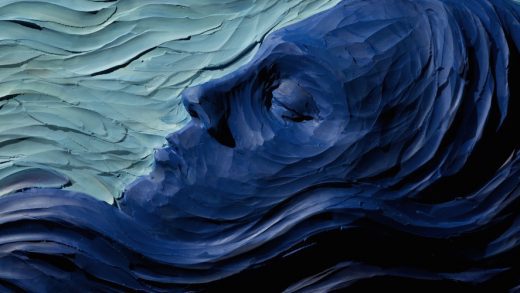 You don’t hear about scanning tentacles everyday; neither do you get to talk to an Oscar winner. But some of us did both yesterday (Friday, Nov. 25, 2016) when filmmaker Joan Gratz gave a master class at the Les Sommets du cinéma d’animation here in Montreal. We learned a lot and laughed a lot, too.

Gratz’s Mona Lisa Descending a Staircase won Best Animated Short at the 65th Annual Academy Awards in 1993. (Snow White announced the award. Seriously! Gratz did not mention this herself, but I saw it on YouTube.)

I had seen it before, but did not realize that she had created the images with clay. Gratz explained how she does that, and showed us many of her other films, including Kubla Khan, Puffer Girl, and Pro and Con.

Meanwhile, you can see her latest film Primal Flux, as part of the International Competition 3 selection, at Sommets du cinéma d’animation, on Saturday Nov. 26 at 5p.m. and Sunday Nov. 27 at 3 p.m. Both screenings will be in the Salle Principale of the Cinémathèque Québecoise.