The fine Canadian documentary Guantanamo’s Child Omar Khadr is many things at once – chilling, heartbreaking and heartwarming; a record of shameful behaviour but also one of kindness and dedication; and a testimony to the resilience of the human body and spirit.

Omar Khadr was only 15 years old when he was gravely injured in a firefight in Afghanistan in 2002. That made him a child soldier by definition, though it did not save him from being accused of murder and being imprisoned for 12 years. (A photograph taken after the battle shows gaping holes in his chest; I was amazed that he survived at all.)

In the film, Khadr himself describes the torture and ill treatment he suffered at Bagram Airfield in Afghanistan and later at the U.S. prison at Guantanamo Bay, Cuba. His account is backed by former prisoners and the former military men who witnessed or delivered this torture themselves. Treatment and medication were withheld when Khadr would not or could not say what his interrogators wanted to hear, in contravention of the Geneva Convention.

We see videotape of a visit that CSIS investigators made to Guantanamo. Khadr is happy to learn that they are Canadians, you can hear it in his voice – he mistakenly thinks they have come to help him, but then he realizes that’s not the case at all. When he tells them about his wounded arms, one man says “you look fine to me.” This interview was not new to me, it’s part of the film You Don’t like the Truth: Four Days Inside Guantanamo, but watching it still makes me sad and angry. It’s one more lesson to all of us that we can’t necessarily depend on our own government to look out for our interests, even though it is legally and morally obliged to do so.

Those are some of the shameful things in Guantanamo’s Child: Omar Khadr. Now for the positive side.

Edmonton lawyer Dennis Edney spent years representing Khadr and fighting for his release. It took four years of effort before he was even allowed to meet with Khadr. Others might have given up long before then. Edney has won many awards for his work, and probably deserves many more. Khadr was returned to Canada in September, 2012, and sent to prison. In May, 2015, he was released on parole into Edney’s custody. He lives with Edney and Edney’s wife Patricia, in their Edmonton home. Khadr says that over time, their relationship has changed from a lawyer-client one to a father-son one. It’s lovely to see the way they interact with each other. Edney says he looks forward to seeing Khadr graduate from university. He wipes away tears describing prison visits with Khadr at Guantanamo, when he tried to reassure him that eventually he would be released and that they would go camping and fishing together in Alberta. Edney wanted to show Khadr photos or maps of the places they would go, but even that was not allowed.

Despite the treatment he received, Khadr is amazingly, remarkably calm. (he could probably write a self-help book about surviving under intense pressure.) He takes obvious joy in just breathing fresh air, and being able to look up at the sky. He talks of his decision, while still in Guantánamo, not to allow the people who were mistreating him to take up too much space in his head. I wonder how many of us could do the same? Khadr wants the chance to prove to former prime minister Stephen Harper, and other Canadians, that he is not the man they think he is.

Guantanamo’s Child: Omar Khadr is co-directed by Toronto Star journalist Michelle Shepherd and Patrick Reed. Shepherd followed the case for years and also wrote a book, Guantanamo’s Child: The Untold Story of Omar Khadr, which was published in 2010. Reed’s previous films include Fight Like Soldiers, Die Like Children (2012), which is about former General Roméo Dallaire and his campaign to end the use of child soldiers.

Guantanamo’s Child: Omar Khadr (click on the film’s name to be taken to the RIDM synopsis)
Directed by Patrick Reed Michelle Shephard 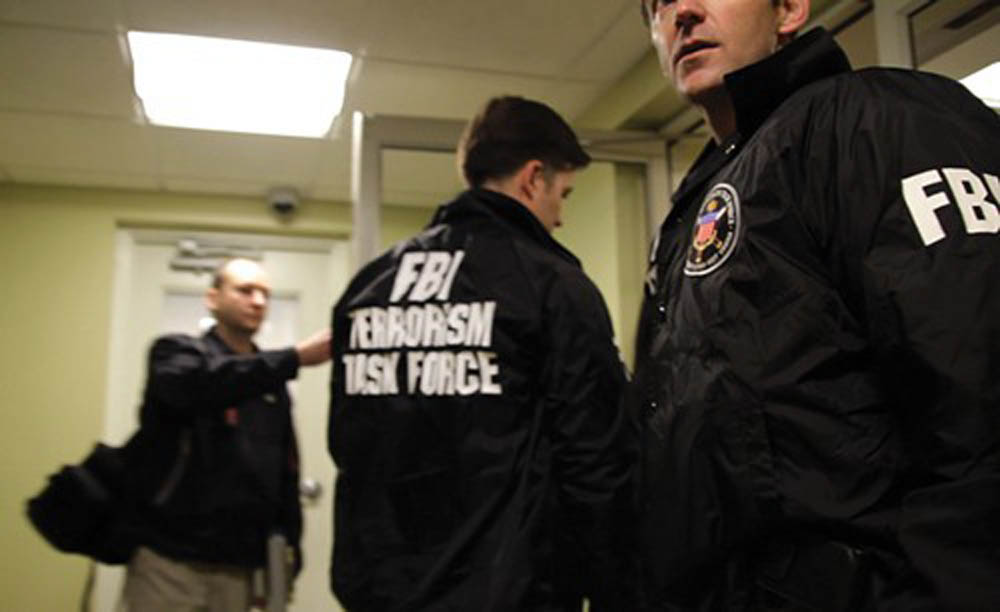 (T)error is a documentary that shows how the FBI keeps itself in business by using informers and infiltrators to create “terrorists” it can then arrest. Neat trick, huh? This has been going on for decades, but things were stepped uo considerably after 9/11. Montrealers, I suggest that you watch this film tonight, at 7, at Concordia University. Friends in other cities, I hope that you have a chance to see it, too.
There are many positive reviews of (Terror on the Internet, one is by Peter Debruge of Variety. It begins with this: “A vital expose of American law enforcement carried out with almost reckless zeal, Lyric R. Cabral and David Felix Sutcliffe’s “(T)error” pushes the boundaries of documentary ethics, plunging itself into the middle of an active FBI sting operation while playing both sides in an attempt to understand — and by extension, to reveal — how the U.S. government identifies and apprehends terror suspects.”

Debruge’s review ends this way:  “The FBI may seem all-powerful and intimidating, but by focusing on an imperfect in-the-trenches personality like (informant Saeed) Torres, who does it for the money at great cost to his own conscience, the film stresses just how fallible the system is — and the urgent need to police it more closely.”

The headline on Alan Scherstuhl’s review for the Village Voice says that the films is “Absurd And Revealing.” Yessiree! He goes on to say: “The war on terror bumbles home in Lyric R. Cabral and David Felix Sutcliffe’s amusing and dismaying portrait of incompetence and entrapment. Former Black Panther Saeed “Shariff” Torres has been pressed into service as an FBI informant, tasked with cozying up to American Muslims the Bureau finds suspicious — and then doing whatever he can to confirm his overseers’ assumptions. This time, the 63-year-old is dispatched to Pittsburgh to investigate Khalifa al-Akili, a convert Torres doesn’t believe is a threat: ‘That dude ain’t gonna bust a grape.’ ”

“Soon things go from sadly dumb to dizzyingly absurd, a surveillance-age roundelay. . . Inevitably, this tense comedy dips into tragedy, with our fearful intelligence agencies getting everything wrong and the filmmakers using their rare access to chart each mistake as it happens.”
(T)error will be shown at 7 p.m., Monday, Nov. 9, 2015, in Room H-110 of the Hall Building at Concordia University, 1455 de Maisonneuve Blvd. W. It’s a pay-what-you-can event, with suggested amounts ranging from $5 to $10.

(T)error was directed by David Felix Sutcliffe and Lyric R Cabral. Sutcliffe will answer questions afterwards, via Skype, or something like it. I already have several in mind!

For more information, visit the Cinema Politica Facebook page for the event.